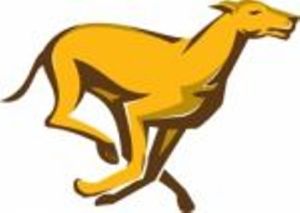 Jobs ain’t wot they used to be!

When I was young jobs were plentiful, you could pick and choose.  When I left school at sixteen, I was up and running – from one unlikely job to another.

I graduated to Balkan Sobranie, Black Russian, with gold filters.  It got me noticed.

Aged eighteen I took off to Canada with a girl friend.  My boyfriend, a reliable type who played in a well known Jazz band, had broken my heart.  I wanted to forget him, and the best way was to get up to my neck in trouble.  So I did.

First I needed the fare.  I left my sensible job sorting cameras, and took a job in a factory.  I learned to make armatures for vacuum cleaners, operating one of a row of huge machines.  They had whirling struts that wound wire into slots in heavy spiked cylinders.  I once got too keen and pressed the ‘go’ button before the cylinder was safely in place.  It flew out of the machine, rocketed the length of the shed, and hit the metal walls at the end.  Boi-i-ing!….Thank God there was nobody in the way!  I locked another one in and prayed.  There would be an enquiry.  Who dunnit?  My mates knew, but nobody grassed.

I got an extra job on the Tote at a London dog track.  I was good looking then, and bad at maths, so they employed me.

I had one evening of training, and the next week I was on my own.  I had never seen a dog race in my life, (and still haven’t.)  There were all sorts of terms to remember, and odds to work out:  straight bets; four and six reverse, and ‘come on luv, you must know something.’   I gave up saying ‘I really don’t know,’ and instead proclaimed the virtues of four and six reverse.  On the occasions it came up I collected a bonus:  gamblers are often generous.

I saw the sad side; desperate people hooked on a game of chance.  I caught on quickly to the gambling odds – I took in a packet and paid out a pittance.  It taught me a lesson for life.

I still didn’t have enough money, so I looked around for one more job.  My next was at a laundry, sorting roller towels.  The pay wasn’t bad but the pong was awful.  I can’t tell you what people did with roller towels…  Really.  I don’t want to tell you!

By a strange coincidence, many years later I was run over by the Managing Director of that same towel company.  We were both innocently involved in a fast motorway pile up and his Jaguar flattened my Mini.  I was in it.  Cars were smashing into cars everywhere and he was unable to stop.  I’m now two inches shorter, due to smashed vertebrae.  I do resent that.  I still think of myself as tall!

And so I found myself on the Empress of France, out of Liverpool and bound for Montreal.  I had twenty pounds, which was all you could take out of the country.  It was a long time ago and worth more – but twenty pounds was not much to see you through to finding a job and getting some wages paid.

We made friends on the boat and on arrival; five of us girls rented one room for a while, eating and sleeping.  We lived like the sardines we couldn’t afford.  Montreal was bi-lingual – French Canadian, which is nothing like French.  It ruled out waiting at tables.  We were all out of work for a number of weeks.  Our diet was rigid.  Toast and butter, or toast and jam, and tea – and fantastic adventures.

There were no cigarettes.  I had to weigh up once whether to buy an egg or an apple for dinner.  I decided on the egg.

The corner shop owner raised an eyebrow.  ‘You sure you wouldn’t like half an egg?’

‘My man,’ I told him.  ‘You are looking at someone who once smoked Black Russian Sobranies!’

I got a job in a prestigious hospital.  I was interviewed by the Chief Surgeon, and there was only one question.

‘Do you know the London Tube?’

‘Yes,’ I answered.  ‘I took the Northern Line every day.’

‘Tell me the stations,’ he said.

‘Edgware, Burnt Oak, Colindale, Hendon…’  I intoned while his eyes misted over… Tottenham Court Road, Leicester Square, Piccadilly.’  He shook his head and stopped me.

On Monday they discovered I couldn’t type, but I worked at it, and I stayed.

Later, two of us took a Greyhound bus to Toronto and worked in a bakery there. 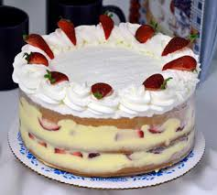 Slicing iced cakes into sections is messy, the icing gets up to your armpits.

When, after three years I came back to England, I reached London with exactly one shilling left, (five pence.)  I’d lived on the edge, had a great time, and learned a lot.

I don’t smoke now, but I do still like an adventure.  As the man said, you may have to grow old, but you don’t have to grow up!

I like today’s generation.  They don’t have a huge range of jobs to choose from, but they’re an accommodating lot.  They cheerfully sort me out when my mobile won’t work.  They point me in the right direction when I’m lost.

I hope they dare to have fun while looking for employment.

2 thoughts on “Employment in the Olden Days”